Skip to main content
Close Search
All Posts By

Sitting on the couch in whatever chapter or state convention t-shirt I had planned for that session, those few hours became something I looked forward to at the end of every day to come home and absorb. I would cheer for the CDE winners from Florida or from any state for that matter, dance as the National FFA Chorus and Band performed, and cry as I watched each National FFA Officer deliver their retiring address to sobbing members. I remember the first convention I watched, the theme was “ignite” but for me the theme was simply “Clay’s team”. I just couldn’t believe that someone from my very own state had the honor of tapping the gavel as the National FFA President. Although National FFA Convention remained as something unattainable in my eyes, I learned that once I got to high school it was unattainable for members to attend at all. As I watched the Sebring FFA members who would be attending load into the school van to drive away I only placed National FFA Convention on a higher pedestal. “Mariah, you will NOT go to National FFA Convention until you earn it. Not until you have a purpose for being there. Are we on the same page?” my brain would echo into my head every year the annual celebration rolled around.

So I began searching for a purpose. I practiced my tail off for CDE’s hoping that I would be lucky enough to be the individual or the member of a team that claimed a state title so that I could compete at nationals. I rehearsed flute for what felt like hours on end and submitted an audition tape to the National FFA Band hoping I would hit the right note and be granted the honor of playing symphonies for FFA members from across the country only to find that I didn’t make the cut. Then my senior year I began preparing for state office. Maybe just maybe if I was what Florida FFA and its members were looking for and I was actually elected I would be able to serve as a National Delegate. So I studied, practiced, and rehearsed for four long and challenging years.

When my name was called as the state champion in High School Extemporaneous Speaking I realized that I had finally earned it. When it was called again to serve as your Area VI State Vice President the pedestal finally came crashing down. I had earned what was to be the greatest memory of my life. I was going to be a National Delegate and represent Florida as their Extemporaneous Speaker. I had finally done it and I was going to have a phenomenal convention!

I absolutely did. My first National Convention was filled with endless amounts of joy and tons of memories that I can honestly say will last me a lifetime. I was able to watch as the committee proposal Florida FFA had drafted became a committee and then a nationally accepted committee report. I got to see members from all over the state represent the sunshine state with tremendous energy and passion whether they were bronze, silver, or gold emblem teams. William Jameson, my teammate and your Florida FFA State President stood on stage as a committee chair respectfully submitting his committee’s report and I got to observe. I busted a move on the delegate floor with state officers from states like South Carolina, North Carolina, Iowa, Maine, Texas, and the list goes on. I walked across the National FFA Stage to accept an award to the CDE I have devoted my FFA Career to. I experienced the joy as our members received the highest degree any member can receive, the American Degree. I conquered Indianapolis, Indiana with my state association but, Mariah what was one experience you will never forget? The butterflies and the rush of joy when our very own Victoria Harris was called to serve as our 2016-2017 National FFA Secretary! Join me in wishing her a year of service, memories, and passion. 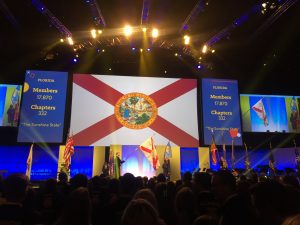 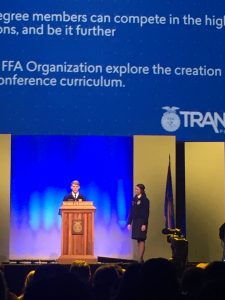 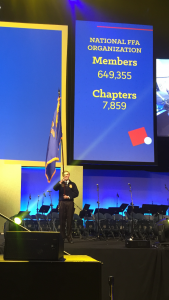 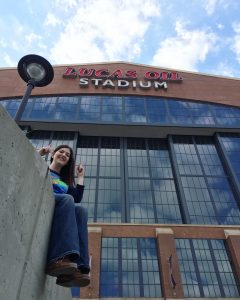 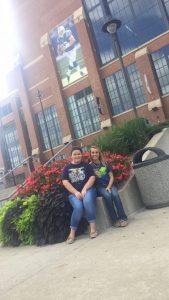 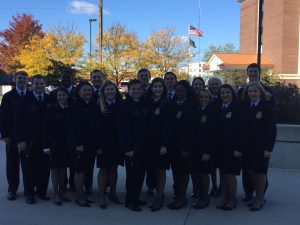 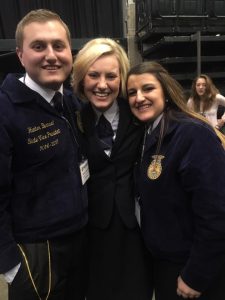 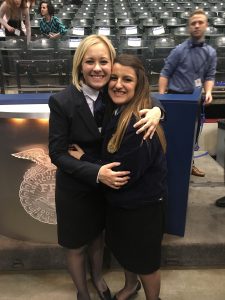