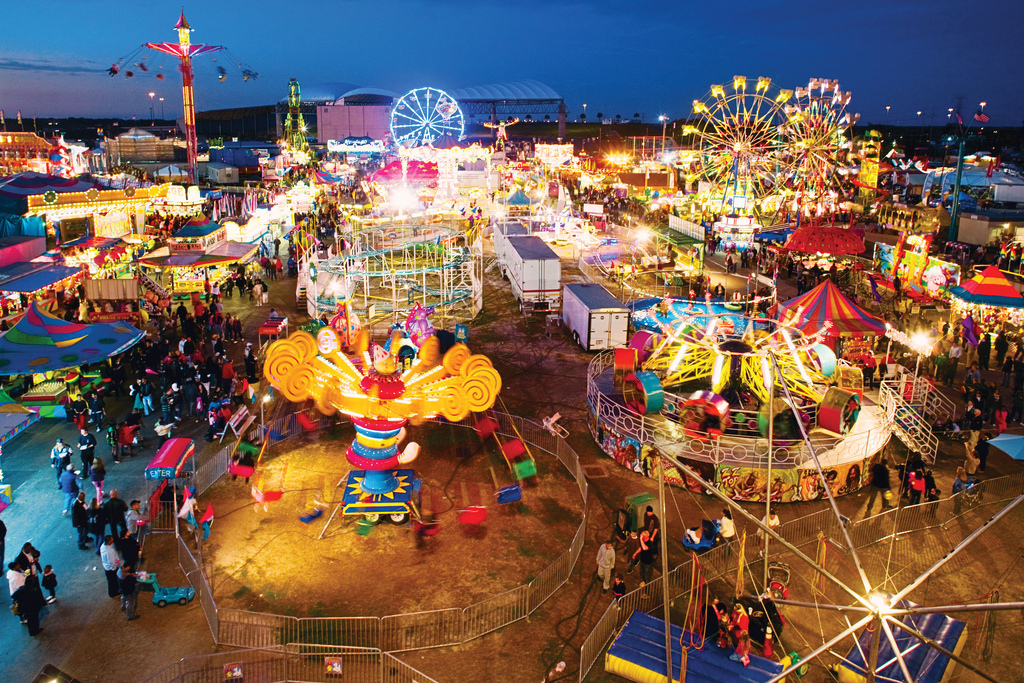 By Florida FFAFebruary 29, 2016No Comments

It was a typical day at the Florida State Fair…if there’s such thing as a typical day at State Fair! Brooks and I drove to the fairgrounds early in the morning to work the Boer Goat check-in, and then we met Stephen in the afternoon to help with the set up for the Ag Hall of Fame Banquet. The three of us worked quickly to stuff the name cards in name card holders and then put a red or yellow ticket in each. With the help of several other people, we finished set up early – like two hours early, so we had some time to kill before returning for the banquet that evening. And of all places, the fair is the perfect place to kill time! However, we were in official dress so our options were pretty much limited to eating. No problem! Stephen stopped at a fried Oreo place while Brooks and I ordered milkshakes. We made small talk with the milkshake man while waiting and then he handed Brooks his Cookies and Cream and my Cookie Dough came a minute later.  The guy asked us how they were so Brooks said his was good, but I had not gotten a chance to take a sip yet. All eyes were on me as I struggled to take a large enough sip to get a taste of my milkshake. After I tried long enough, I gave up and said “It’s good!” Now, this response would have been fine, only the milkshake never reached my mouth and they could see that through my straw. So I basically lied to the milkshake man and he called me out on it. Brooks and Stephen did nothing to help me but laugh. I laughed too…from embarrassment; this happens way too often when I’m around those two.

Anyways, I learned that day that I am all too quick to get in a rush. I lied about my milkshake because I was so focused on getting from one thing to the next. And while lying about a milkshake wasn’t a big deal, it’s the bigger picture that scares me. The bigger picture being that there were probably too many days at state fair where I didn’t take my time to really enjoy myself and those around me because I was already thinking about what would come next. And then there’s the even bigger picture of this whole year of state office.  We were elected with 350 days of service and now we are down to 108 days left. Thank goodness 2016 gave us an extra day! At the beginning, today seemed like such a long ways away, but here it is. (Happy Leap Day!)

With all this being said, I encourage you to enjoy every moment. Enjoy your classmates, teachers, friends, animals, activities, and events that you are involved with. The school year is getting close to being over but there is still so much left – CDEs, Prom, and Chapter Banquet, among many other events! Keep a grateful and gracious heart and you will be golden!

So before the whole year gets away from me, I’ll be doing my best not to count down these next 108 days, but to make them count!